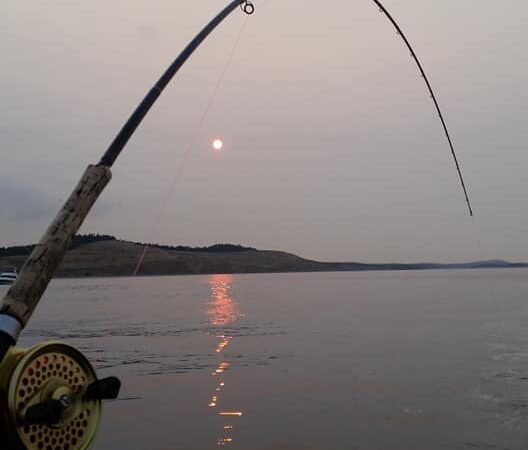 Fish Northwest was founded in 2005 to promote recreational fishing opportunity and salmon conservation. We began as a 501.c(6) non-profit, and in 2020 switched our status to a 501.c(4) in order to broaden our advocacy to better serve the individual recreational angler and the general public.

In the past FNW has had three top priorities: Reform of the North of Falcon season setting process, increased hatchery salmon production, and pushing to help our legislators and representatives understand the appreciate the economic benefit recreational salmon fishing brought to the Pacific Northwest.

The top of FNW’s list was North of Falcon reform. FNW staff has met with WDFW on multiple occasions going back to 2014. The purpose of the meetings was to try and affect change which would bring sanity and balance back to the annual meetings. FNW recognized that the North of Falcon process had essentially become dysfunctional and FNW has attempted to work with WDFW to reverse this trend.

The second priority of FNW has been the promotion of science-based hatchery reform. One of the ways FNW supported this effort was through the Congressionally-established Hatchery Scientific Review Group (HSRG). In 1999, Congress established the HSRG to review hatchery programs in the Pacific Northwest with the goal of continuing to provide fish for harvest while, at the same time, reducing risks to natural populations and contributing to achieving conservation goals for Pacific salmon and steelhead. FNW continues to support the expansion of hatchery production of salmon in Puget Sound but sees it as necessary to rely on the best science currently available in order to avoid some of the more damaging hatchery practices of the past.

Lastly, FNW has worked to build relationships with legislators in Olympia in an effort to promote and expand recreational salmon fishing opportunities in Puget Sound and the Columbia River. One of the ways FNW did this was by supporting the gill net ban on the Columbia River. Another way was to bring to light real data showing the massive influx of revenue that recreational fishing generated for the State of Washington.

We have worked closely on these issues with the Costal Conservation Association (CCA), Northwest Sportfishing Industry Association (NSIA), Northwest Marine Trade Association (NMTA), and Puget Sound Anglers (PSA). We look forward to a future of working with these organizations on commonly shared goals.